“The upper structure of the thigh consists of a series of superimposed plates which will allow movement of the knee and hip joints.”

This issue will be very similar to the work we we did on the Left Thigh back in Issue 34. 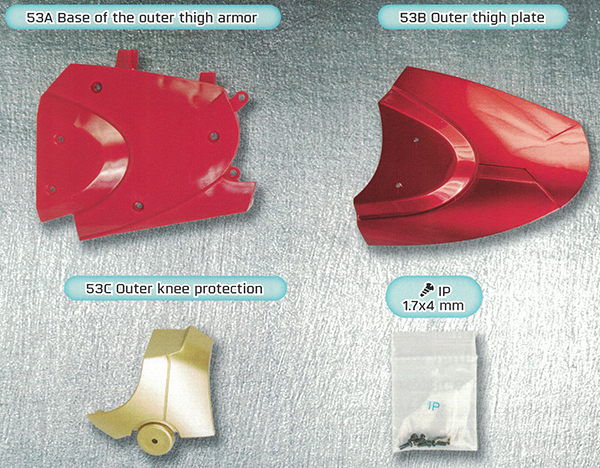 Materials: Everything is plastic in this issue. 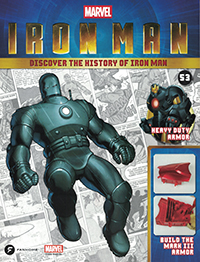 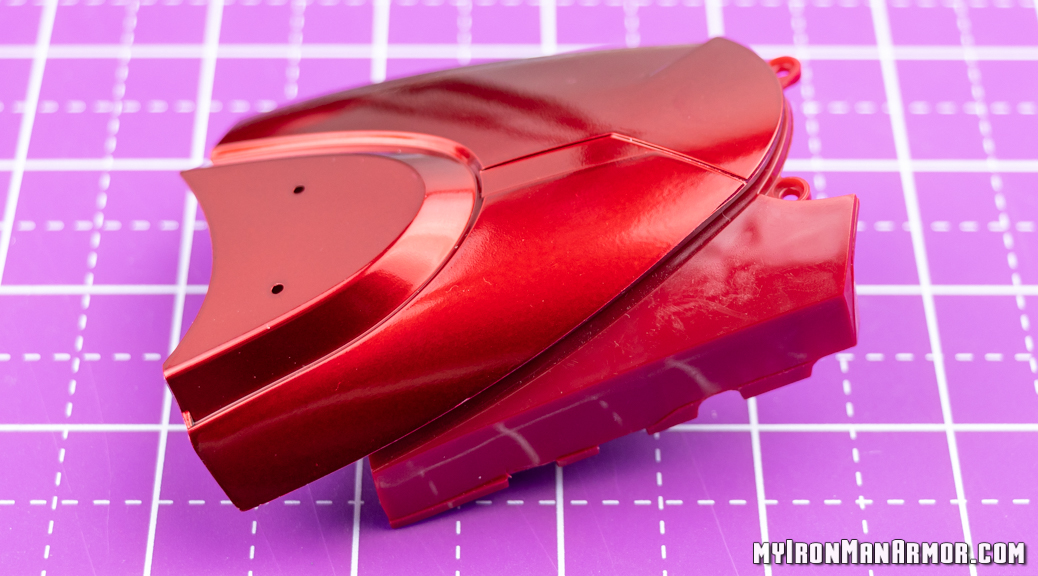 Secure these parts together from the inside with three (3) IP screws: 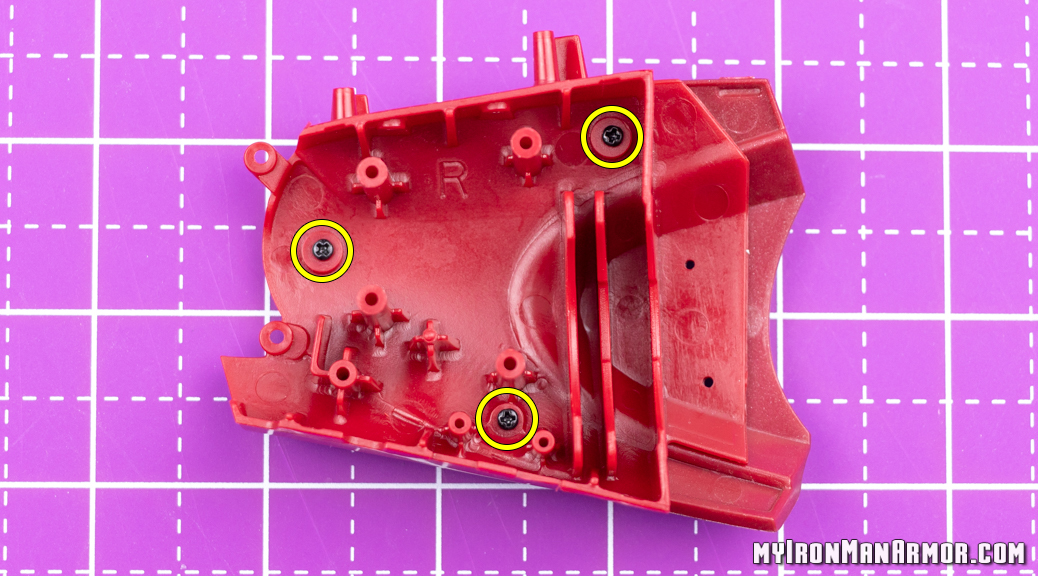 Align the Outer Knee Protection under the curved edge of the Outer Thigh Armor as shown: 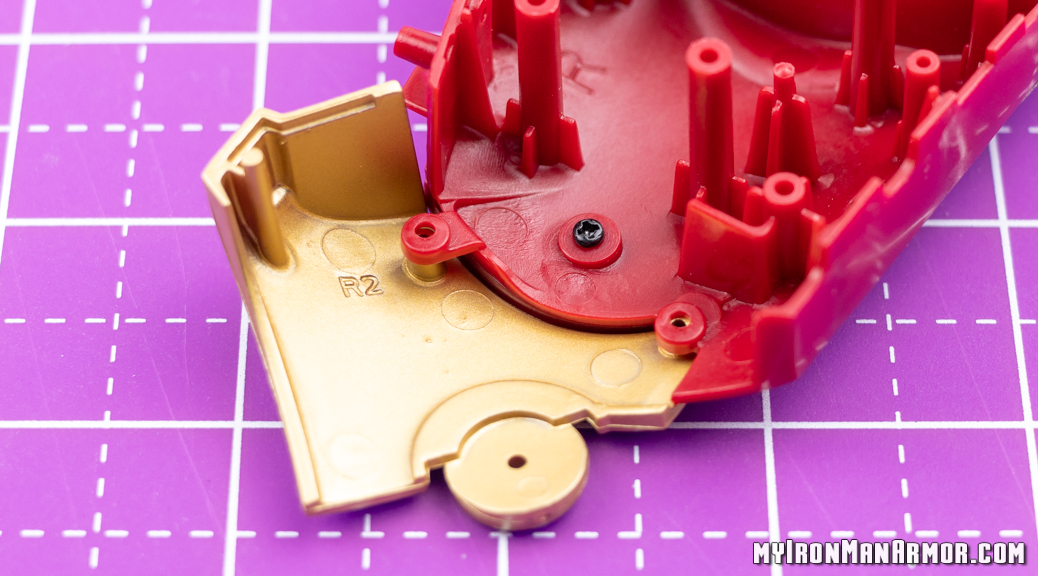 Secure this part into place with two (2) more IP screws: 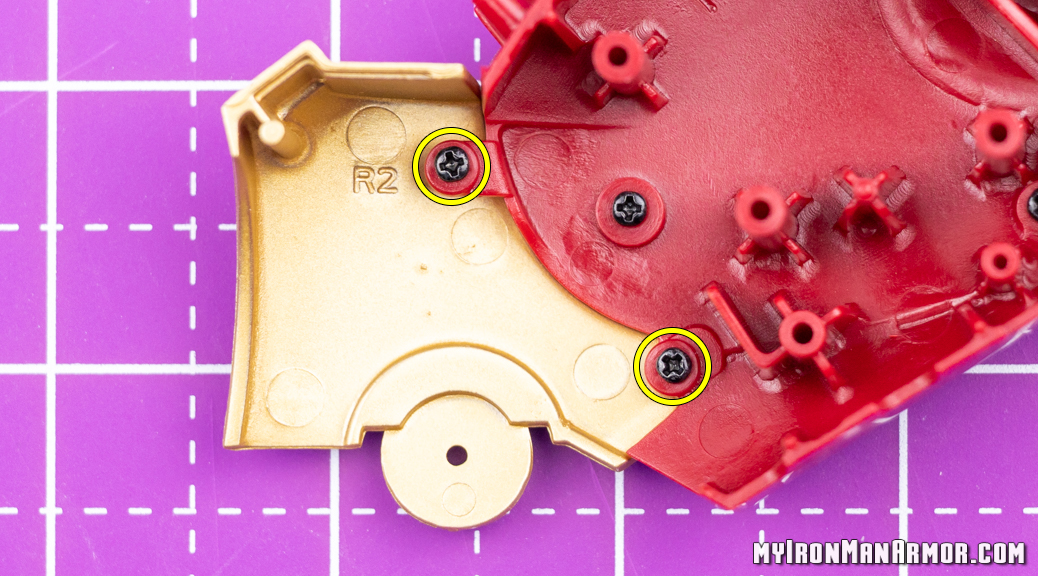 I noticed that when we previously built this assembly for the left leg, we used AP screws. Here, we used IP screws. I have no idea why.