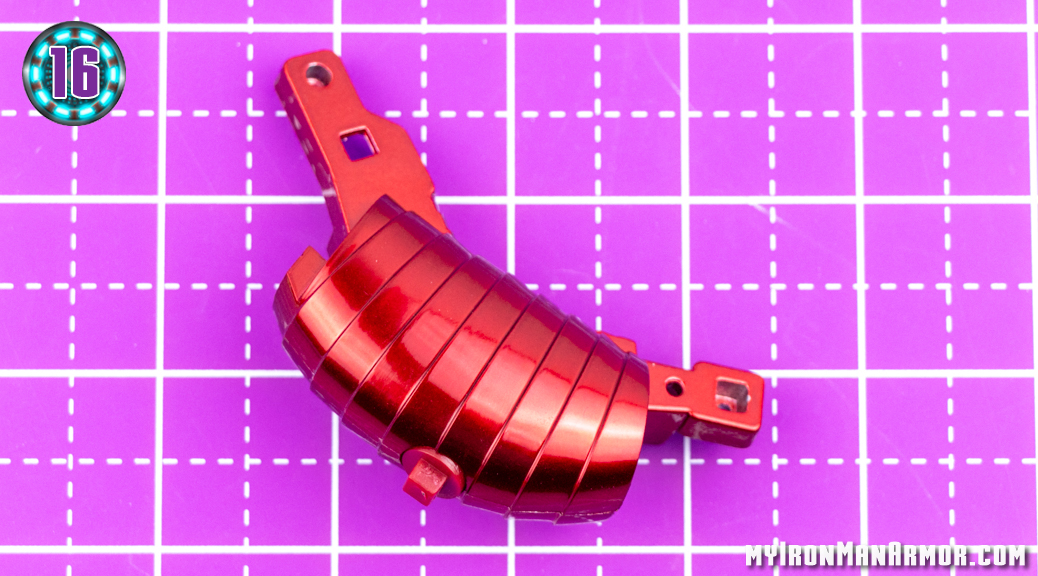 “This issue’s assembly completes the left elbow, which will joint the forearm and the upper arm on the left side of the Mark III armor.”

This issue is exactly the same as Issue 6, just with the Left Arm parts of the model. 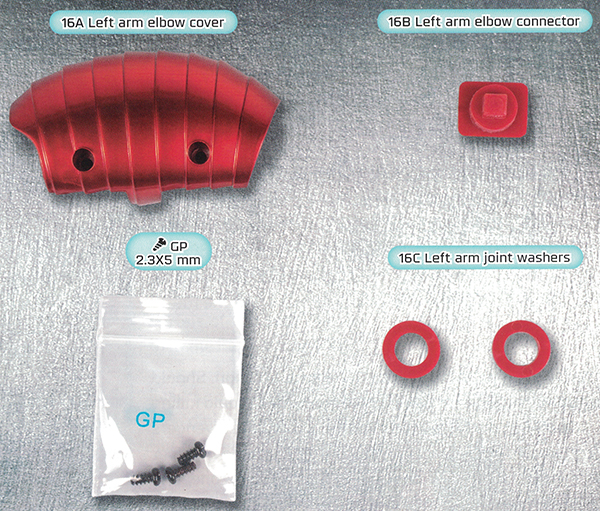 Materials: Everything in this issue is plastic. 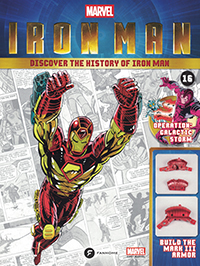 Place the two Left Arm Joint Washers over these posts on the inside of the Left Arm Elbow Cover: 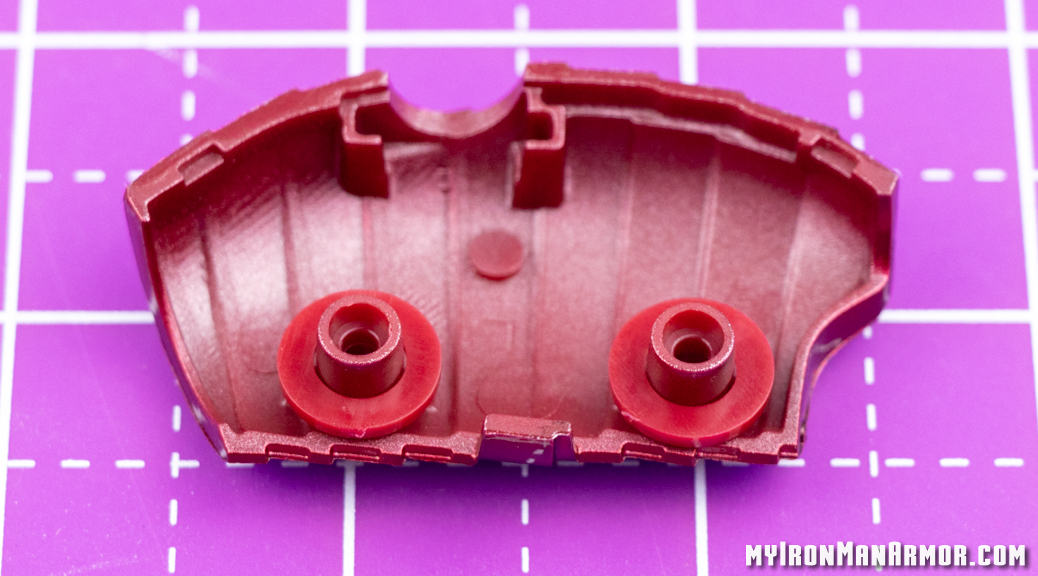 Retrieve your Elbow Joint assembly from the previous issue. Slide the Left Arm Elbow Connector into this slot, as shown: 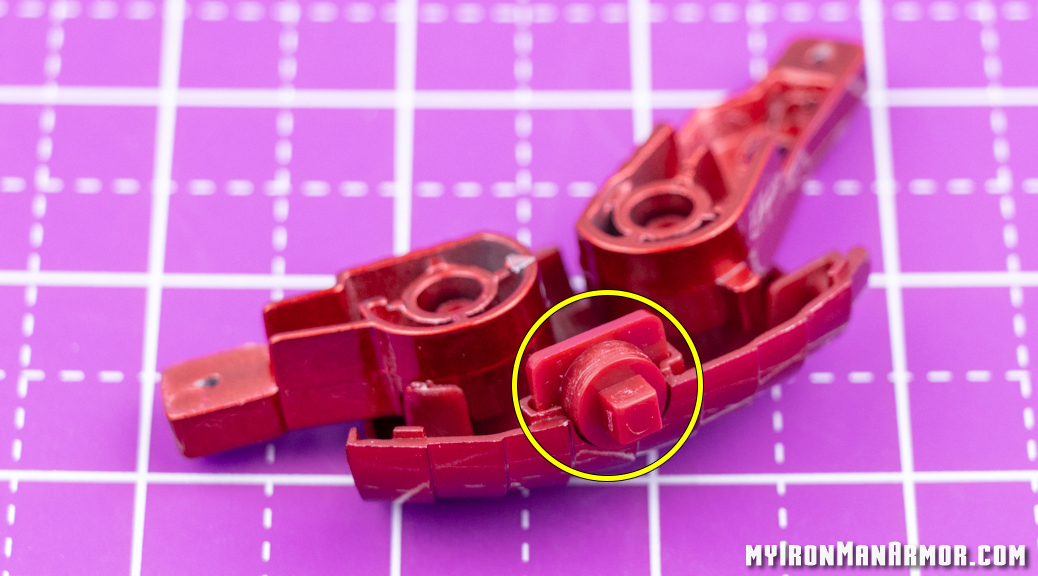 While keeping all of these parts in place, fit the Left Arm Elbow Cover to the Elbow Joint assembly, as shown: 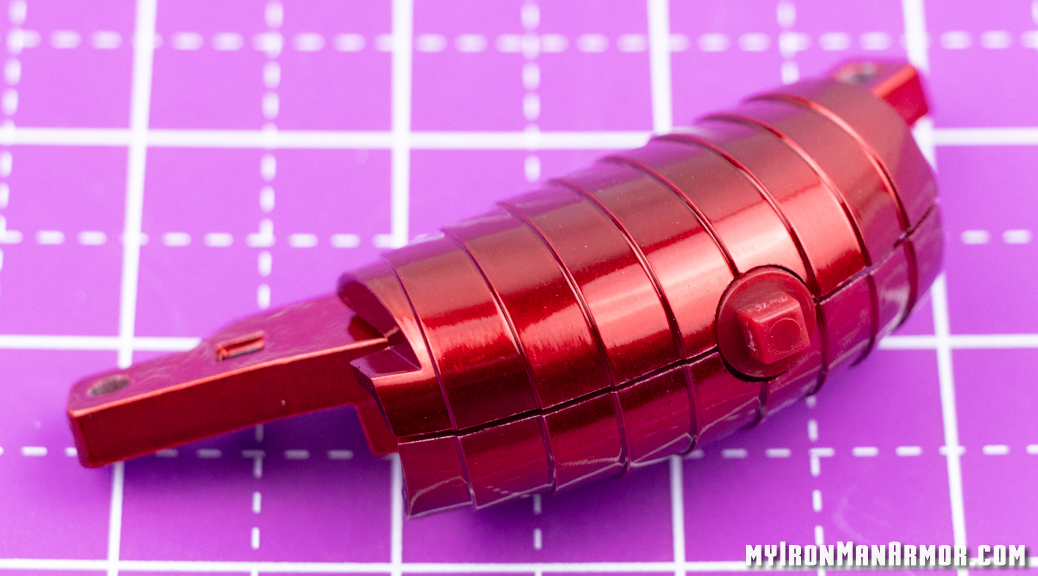 Secure the two covers together with two (2) GP screws, capturing the Arm Joints in between.

Once tightened, the two articulating Arm Joints should be able to rotate on the posts. Stiff movement is good – no movement is bad: 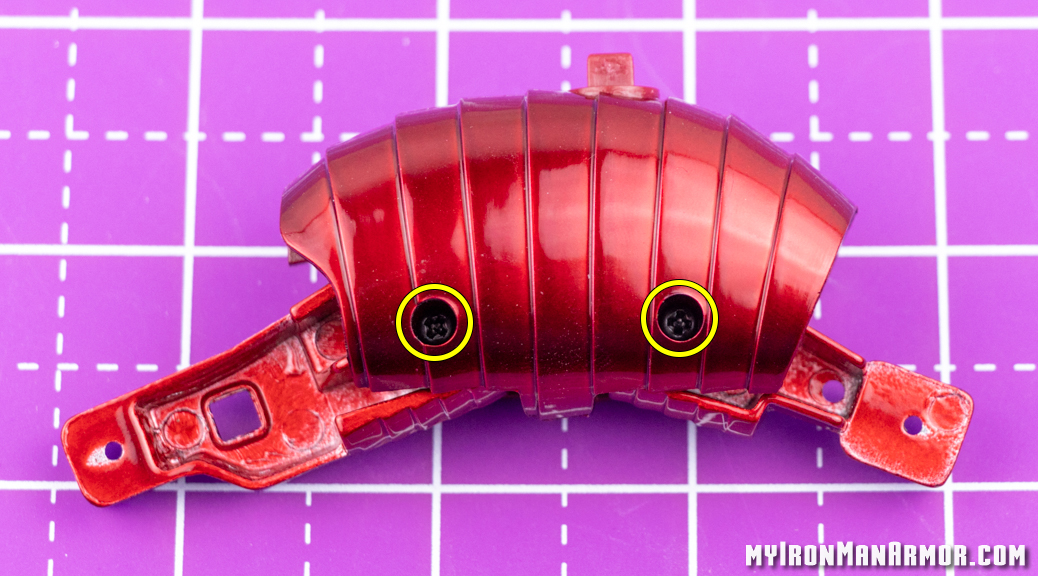 Our second elbow joint is now complete! At least we no longer have any loose parts to worry about.